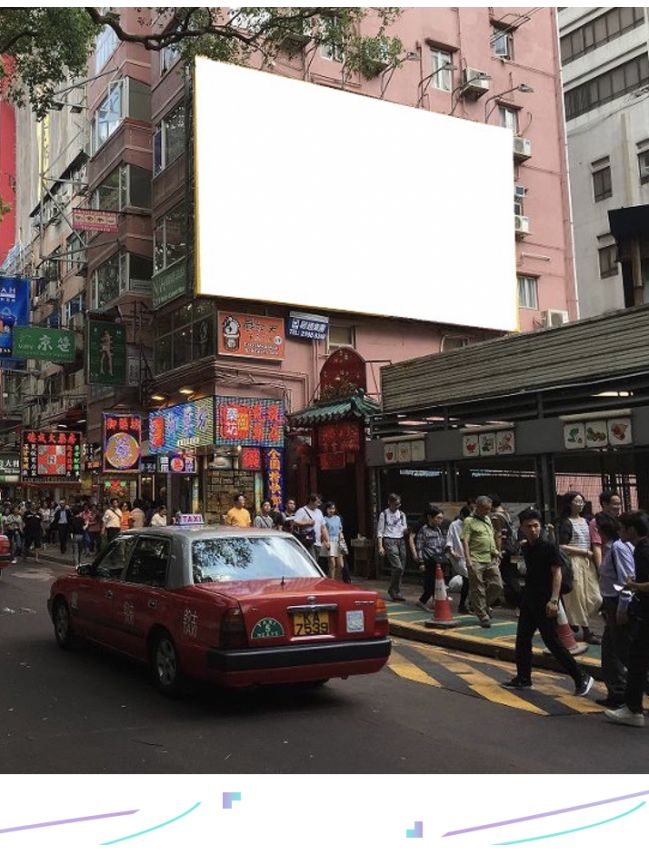 The billboard is located at 30 Haiphong Road, Tsim Sha Tsui. As a famous tourist district, Tsim Sha Tsui has multiple large shopping malls housing brand name stores and restaurants, famous department stores, 5-star hotels and museums. The Avenue of the Stars is a popular tourist destination for sight seeing by the coast, by travelling to the Victoria Harbour, people would pass by the heart of Tsim Sha Tsui and the many shops along the way. The billboard is at the main route connecting Nathan Road to Harbour City at Canton Road.

Haiphong Road has a daily pedestrian flow of over 150,000. The daily average traffic flow for Haiphong Road is around 6,130. It also provides the quickest and most direct path from the MTR to the Harbour City, people going to Harbour City from the MTR would almost definitely pass by the billboard.


Your OOH posters at the best rates on Haiphong Road

The Outdoor Advertisement on Capital Square Capital Square is located at 61-65 Chatham Road South in Tsim Sha Tsui. It is a shopping centre which is near the East Tsim Sha Tsui Station. Various hotels and museums could be found around, it is a place where you can also target tourists as your audience. The billboard is a large horizontal shape, when...
View

Canton Road Outdoor Advertising The billboard in Canton Road is located at one of the most affluent areas in Tsim Sha Tsui, surrounded by shopping centres, designer stores and 5-star hotels. It faces Harbour City, a collection of shopping malls next to Victoria Harbour, therefore attracts many passengers boarding ships at Ocean Terminal and Tsim Sha Tsui...
View

Outdoor Advertising in L&D House L&D House is at 2-4 Cameron Road, Tsim Sha Tsui. The building is a place for dining and shops etc. You could also find different shops and restaurants along the street. The location of the billboard is just next to Tsim Sha Tsui MTR station Exit B2, and it is one of the few places that provides huge advertising...
View

Mody Road Lyton Building Outdoor Advertising The localisation of the billboard is at 32-48 Mody Road, Lyton Building in Tsim Sha Tsui. Lyton Building is a residential building with restaurants on the ground level. Being surrounded by hotels and shopping centres, it is often crowded with tourists and is particularly popular among mainland travellers. The...
View
Tap to zoom