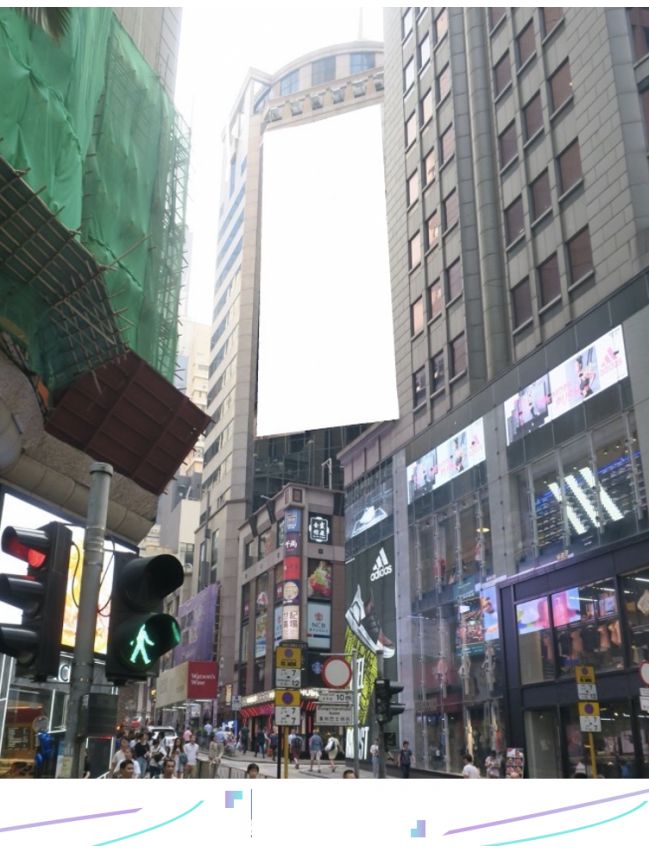 Century Square is located in Aguilar street in Central. It is a commercial building with office space for different businesses. The building is also near the vibrant Lan Kwai Fong and Soho district, which the billboard can attract not only working classes but also tourists, which elevate your advertising effect to a wider range of audiences. Besides, the area is normally associated with the middle to high-income class, which suit all kinds of high-end brands to place their advertisement here.

Statistics for advertising on Outdoor Billboard of Century Square

Century Square has a record of the daily pedestrian flow of more than 100 000, the daily traffic flow rate on average is around 6270. Even though the traffic rate is not as high as some other places, the billboard is placed up high and huge, hence the audience the billboard can reach is not only limited to this district.

The size of the billboard :


Your OOH posters at the best rates on Century Square

Central Building Outdoor Advertising Environment Central Building is one of the most heard commercial buildings at the heart of the Central financial area. The building contains various large property companies and high asset profile professional offices. The building also has numerous medical businesses operating on the lower floors, which also increase...
View

Wo On Lane Outdoor Billboard The billboard is located at 1 Wo On Lane, Central. It is close to the Lan Kwai Fong, which is just around the corner. The street is filled with various restaurants and retail stores. If you would like to place your advertisement here, then you will be targeting the tourist or the high-spending group. The Wo On Lane is...
View

The Outdoor Advertising Space in Chuang’s Tower The outdoor billboard is located on Chuang's Tower in Central. The billboard is directly facing the street of Rumsey Street Flyover. The district is a commercial area with different kinds of business offices inside the building. The location is near Central MTR station Exit C, which helps increase human...
View
Tap to zoom