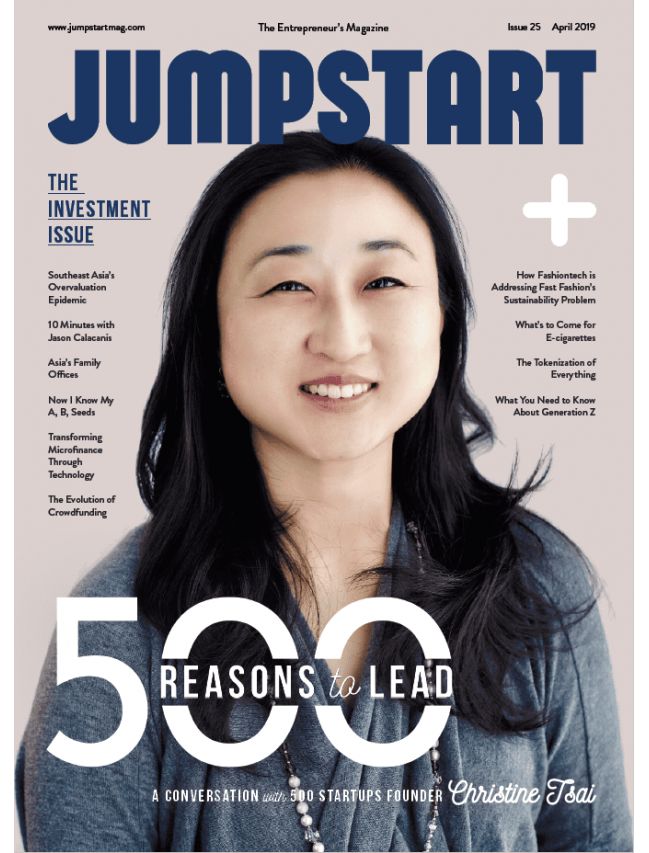 Jumpstart Magazine is a leading voice for Asia’s entrepreneurial ecosystem and the only print publication covering startups and technology in the region. It aims to connect like-minded entrepreneurs, aspiring entrepreneurs, founders, and investors throughout Asia.

Our audience is informed, business-minded professionals who seek knowledge about the latest in innovation and industry insights. The title currently distributes to 38 cities in 12 countries within co-working spaces, business centres, chambers of commerce, universities, marketing agencies, and venture capitalist firms, just to name a few.

Advertise with the best rates on Jumpstart Hong Kong

Asian power is the number one power magazine read by decision-makers of the power generation, transmission, and distribution industry in the Asia Pacific region. Each issue is packed with the latest news and issues, innovative software and IT solutions, market trend analyses, expert insights on pertinent issues, columns, and special country report. Much...
View
Quarterly

Healthcare Asia is distributed to the C-level executives and department heads of the largest public and private hospitals in the ASEAN Region including Hong Kong.   It focuses on the running of healthcare, organisations, both public and private, and discusses the policy issues that govern healthcare in the Asian region. It will bring a mixture of...
View
Bi-annual

Asian Textile Journal, published in 1992, is a monthly magazine that features the Asia textile manufacturing industry. The magazine is made for the escalating needs of the Indian textile industry and the Asian technical textiles (released quarterly). The magazine covers every details area from fibres to spinning and weaving, chemical processes to...
View
Monthly

Food Pacific Manufacturing Journal is a bimestrial English magazine providing news about food and beverage. It is the first BPA-audited magazine and is under the Eastern Trade Media Pte Ltd. It gives the audience in-depth details about the food process industry in South East Asia. Serving their audience with the latest information and technologies on...
View
Bimestrial

HR Magazine is a quarterly publication that features strategic HR advice for the economy. The magazine serves as a trust-worthy and individual platform for sharing resources and services between 65,000 HR directors, head and CEOs of the Asia Pacific region. The magazine included contents about the latest HR news, the best practices of candidate interviews...
View
Quarterly
Tap to zoom

Jumpstart Group was launched in Hong Kong in 2014. The group is now present in more than 10 countries and 38 cities in Asia Pacific.

Jumpstart magazine is a B2B magazine aimed at professionals. It highlight the latest innovations and new developments in industry or service sector. It informs and advises readers on investments, project ideas and project management. Fundamental points that give a powerful opportunity to start-ups, creators of new technologies and/or solutions and tools for professionals, to emerge via their advertising on Jumpstart magazine.

Print audience of Jumpstart magazine amounts to 140,000 readers and its distribution to nearly 147,000 copies. Readers are mainly business owner and business leaders, investors and executives. Model reader is a man (61% of the audience) and is between 25 and 35 years old.

Jumpstart is distributed in co-working spaces, chambers of commerce, marketing agencies, cafés, hotels and selected universities. Another opportunity to emerge with a defined professional target group is advertising on Jumpstart magazine in digital. Magazine's website reaches 45,000 visitors per month, has almost 89,000 pages views and a newsletter database of 9,100 Internet users. Targeted internet users allowing brands advertising on Jumpstart magazine in a striking way and allows them to advertise to their target(s).