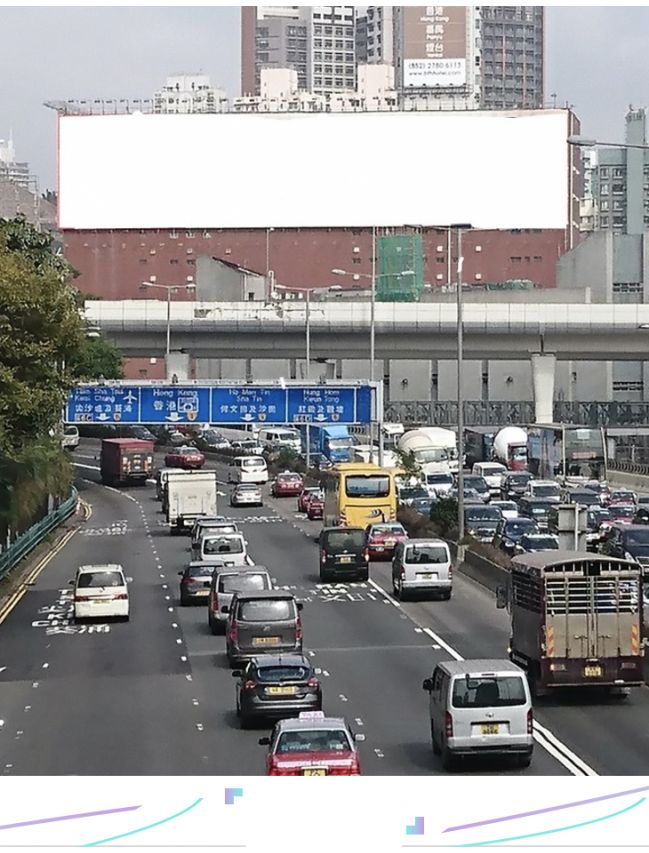 The localisations of the billboards are at Winslow Street, Hung Hom, on the China Travel Hip Kee Godown Building. The billboards sit beside the road before drivers reach the Cross Harbour Tunnel (Kowloon side), the first and busiest cross-harbour tunnel in Hong Kong. The billboards are clearly in sight from both Chatham Road North and Hong Chong Road, essential paths to the Cross Harbour Tunnel Toll Plaza, drivers and passengers would be exposed to your advertisement when stuck in traffic, waiting to enter the tunnel. This is the best way to promote your business because your billboards are guaranteed to be seen.


Your OOH posters at the best rates on Winslow Street

Get Nice Tower Outdoor Advertising Get Nice Tower is located at 270 Chatham Road North, Hung Hom. It is a commercial building sitting at the corner by the busy Chatham Road and directly in front of the exit of the East Kowloon Corridor. The enormous billboard greets every vehicle exiting the East Kowloon Corridor, one of the major roads in Hong Kong...
View

OOH (Out of Home) is a key media for anchoring your brand locally, increase your brand awareness or drive traffic in your stores. The localisation here is at Kowloon Side 2, it targets traffic in both directions and commuters at the Kowloon-bound bus terminal. Dimensions : 44,1m W x 2,5m H x 2 faces
View

OOH (Out of Home) is a key media for anchoring your brand locally, increase your brand awareness or drive traffic in your stores. The localisation here is at Kowloon Side 3, at the side of the toll plaza, unmissable to all traffic heading towards Hong Kong Island, offers additional exposure to visitors to the Hong Kong Coliseum.
View

OOH (Out of Home) is a key media for anchoring your brand locally, increase your brand awareness or drive trafic in your stores. The localisation here is at Kowloon Side, a clutter-free and eye-catching billboards targeting all traffic at the Kowloon entrance of the Cross Harbour Tunnel. Dimensions : 22,6m W x 5m H
View
Tap to zoom