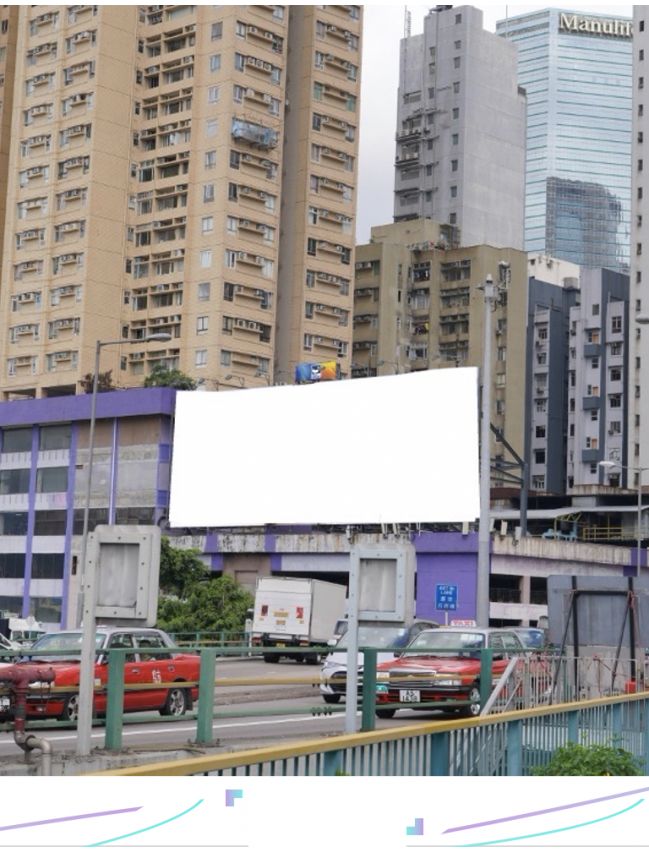 The billboard is located outside Elizabeth House at Gloucester Road, Causeway Bay. It is hoisted on the Elizabeth House Shopping Mall below the residential building, and it targets the drivers on the bridge at the end of the Cross Harbour Tunnel. The billboard would be about eye level for drivers on the bridge, when travelling from Gloucester Road to Canal Road West, they will be directly facing the billboard. Apart from Cross Harbour Tunnel bringing significant exposure to the billboard, various commercial buildings, and some residential buildings, such as Bank of Communication Tower, King power Commercial Building and Lockhart House allows residents and commuters to regularly view the advertisements.

The Cross Harbour Tunnel has a huge traffic flow of over 350,000 vehicles per day, most of which would be able to see the advertisement since Elizabeth House is located by the entrance and exit of the tunnel. The bridge in front of Elizabeth House is notorious for its daily traffic jams, which increases the exposure of the billboard as drivers and passengers are stuck and has a higher chance to look at billboards with more attention.


Your OOH posters at the best rates on Elizabeth House