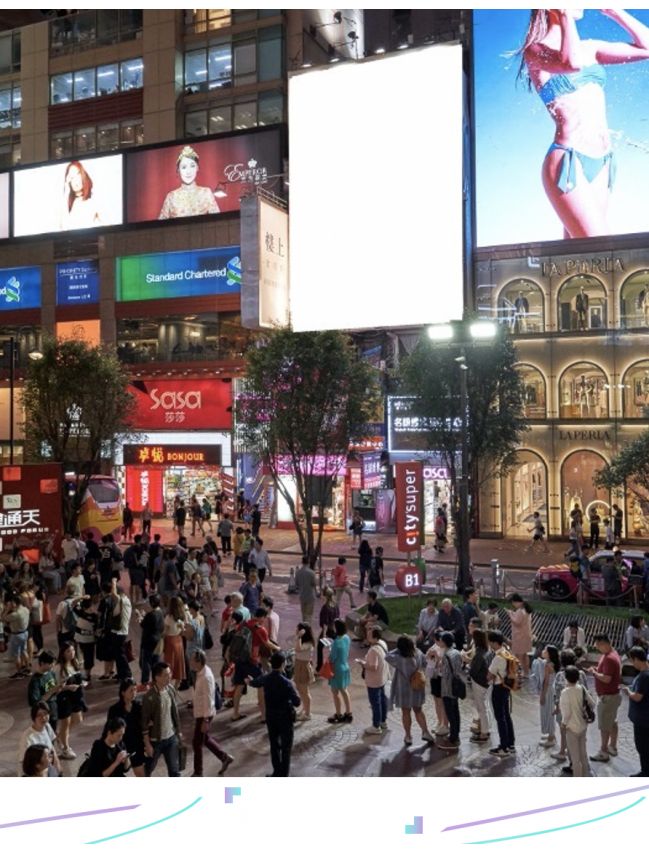 Russell Street, one of the busiest roads in Hong Kong, is right in front of Times Square. The street is surrounded by commercial buildings and high-end shopping malls; Apart from Times Square, Sogo, Island Beverley, Windsor House, and World Trade Centre are all within walking distance from Russell Street. Name brand stores can be found along the street, namely Burberry, Emperor Watch and Jewellery, and Omega, to name a few. The OOH billboards are in 18-20 and 28 Russell Street just above the pedestrian walkway. They can be seen by vehicles and pedestrians walking by. As it faces the Time Square open area, people leaving the mall would directly see the advertisement when they leave. They also would be immediately visible to those who enter or exit the MTR via exit A.

The street has a daily pedestrian flow of more than 300,000 and is also the most expensive street. It was reported as the world's most expensive retail street by rental value in 2018. The luxury stores along the street attracts many shoppers of high purchasing power, allowing them to see your advertisement.

Formats of the Billboards


Your OOH posters at the best rates on Russell Street