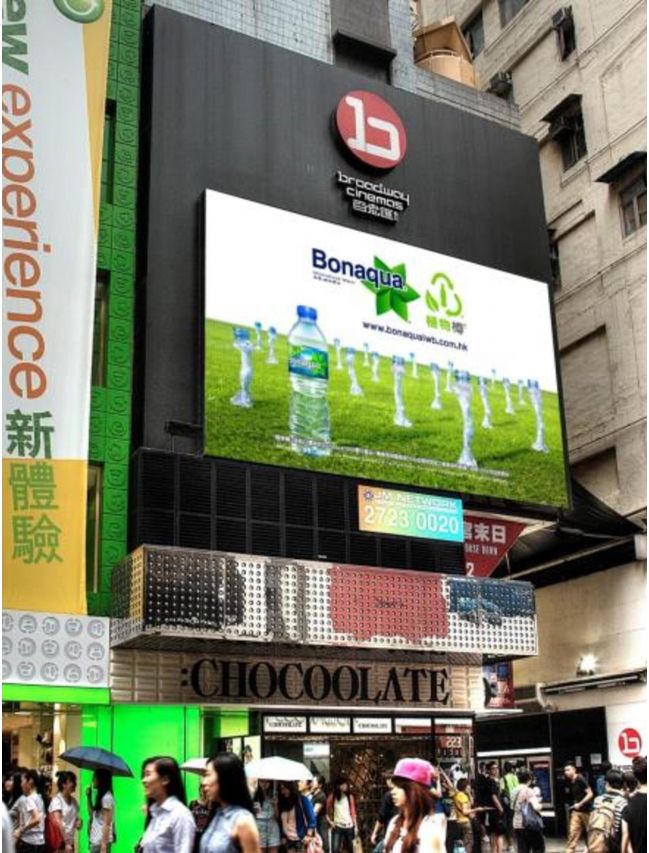 Out of home Weekly B2C

The OOH billboard located at the busiest pedestrian-only street while surrounded by audio-visual and high-tech products as well as sportswear or causal boutiques. Because of the trendy and attractive shops around the cinema, many young consumers would pass by or shop at Sai Yeung Choi Street and are therefore exposed to your advertisement. Research shows that 47% respondents at the area have tertiary or university education, indicating that there is a large population of students at the OOH billboard’s location. Apart from being opposite of Hollywood Plaza, it also is nearby Ginza Plaza, CTMA Centre and Sino Centre. Other shopping hotspots such as Ladies Market and Sneakers Street are also minutes away from the billboard.

This OOH billboard targets the youth that are caught up with the latest trends. As previously established, Mongkok is generally known for being a shopping district, especially in Sai Yeung Choi Street’s pedestrian-only area where high-tech products, fast fashion and buskers converge into one area. Even when the younger generation did not purchase a lot at the street, they would also be exposed to your advertisement and could search for your product or service online.

As a pedestrian-only street, the number of pedestrians would unsurprisingly be highest, coming into over 5,700,000 pedestrians recorded to be located at the OOH billboard on average every month. The number of vehicles would be lower than that of pedestrians since they are not allowed to drive into the street most of the time, still there is an average monthly vehicular traffic of over 72,000 by the OOH LED billboard. It brings an extra 190,000 more passengers that passes by the billboard on average monthly. All in all, the is estimated opportunity to see of the OOH billboard amounts to over 5,890,000 audiences monthly.

The OOH billboard approximately has an audience flow of 200,000 daily, even getting almost 6 million audiences with the opportunity to see the billboard. With an attractive video advertisement, pedestrians could easily spot your ad while walking through the street and looking at different products. The large LED screen would sometimes advertise TV shows and even display the news at times, therefore audiences would willingly watch the images displayed on the OOH billboard since it is entertaining and informative.


Your OOH posters at the best rates on Mongkok Broadway Cinema