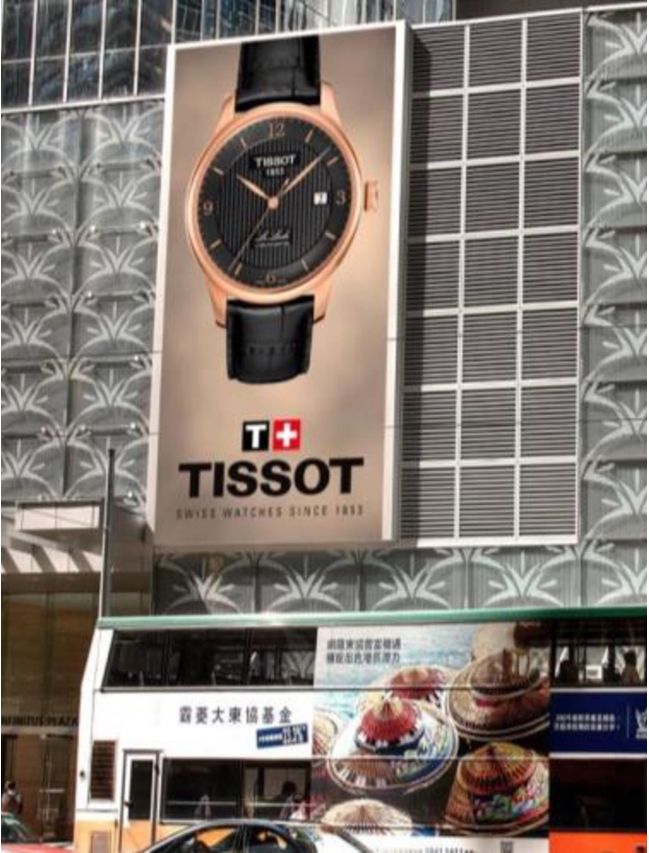 Out of home Weekly B2B B2C

The location of this DOOH billboard is at Infinitus Plaza, 199 Des Voeux Road Central, Hong Kong. Central is the business and financial hub of Hong Kong while Sheung Wan is famous for its flavourful ancient architecture, acting as a testament to Hong Kong’s history and prosperous present. The large LED screen is located on the body of the building, above the main entrance to Infinitus Plaza. It sits directly on top of MTR exit E1 of Sheung Wan Station and faces Des Voeux Road Central, clearly within view of bus stops across the street and vehicles passing by.

Infinitus Plaza is a mixture of shopping malls and an office complex. The 4-level shopping arcade is filled with restaurants of different cuisines, from light eats to Chinese restaurants. There are also multiple boutiques and clothing stores where people could buy from. It provides an area for people to shop in and stay for a period of time when hungry. The office compartments sitting on top of the building is an area where many companies and businesses are settled, ensuring a flow of office workers and visitors to pass by the building. The plaza also stands between Wing On Centre and Sincere Department Store, two large local department stores where people can get all kinds of daily products from, allowing more people to see your advertisement.

As the building is located at the central financial district of Hong Kong, it specifically targets business executives, expatriates and foreign tourists. Hong Kong Island generally well equipped to the tourism in Hong Kong, providing more expat friendly information that are written in English, making it the financial hub and tourist hotspot in Hong Kong. Most of these people have good financial capability and higher purchasing power.

The building is also located in close proximity to high end hotels such as the Four Seasons Hotel Hong Kong which has a full beautiful view of the harbour. The IFC next to Connaught Road is large shopping centre where people are able to purchase designer clothing and eat at luxurious restaurants. Not to mention Kowloon Station located under The IFC, allowing tourists to ride the AirPort Express directly after the flight to this area while other locals would take the MTR arriving at the same location. These major attractions brings a large flow of visitors to the location and therefore giving your advertisement more exposure.

The OOH billboard is located at a constantly busy street in the Sheung Wan district, bringing in an audience flow of approximately 200,000 to the billboard every day. As there is an array of different companies setting foot around Des Voeux Road Central, it would be very effective in advertising to pedestrians visiting shops and white collar workers since they will certainly walk by the LED ad every day.


Your OOH posters at the best rates on Infinitus Plaza