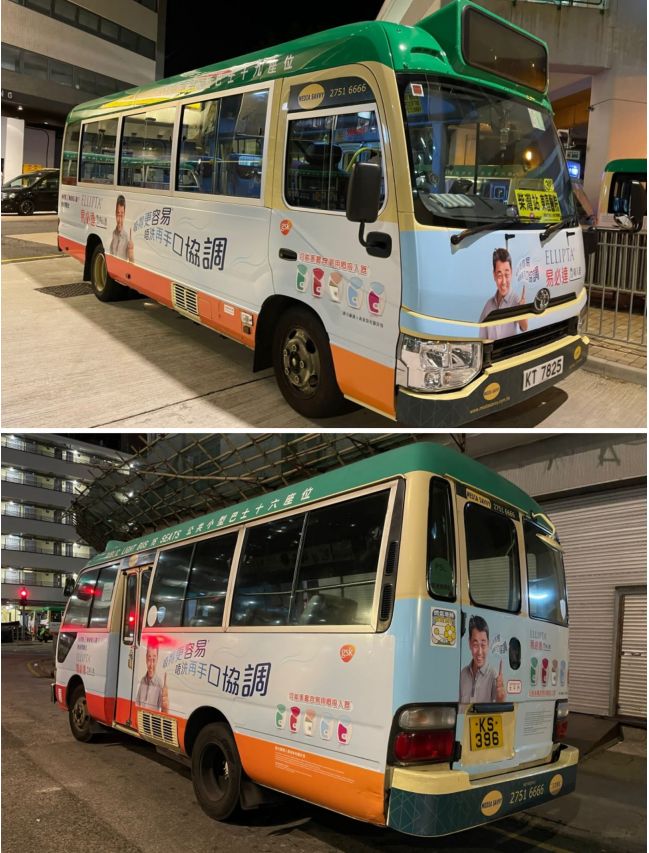 Out of home B2C

Green minibuses in Hong Kong provide scheduled minibus services which are regulated by the Transport Department. They operate on fixed routes with scheduled headway and fixed fares. Since green minibuses are operated and regulated by the government, they are under stringent policies in terms of management such as established bus stops, strict non-smoking policies, and operation times. They are also equipped with octopus card machines so that student and elderly octopus card discounts would be applicable on green minibuses. Green minibuses have shorter routes, the routings are usually localised and confined to certain areas or districts, transporting people in short distances.

Advertising on minibuses allows you to transform your advertisement into a moving banner, allowing passengers and pedestrians along the street to clearly see your ads. The advertisement would be placed on the whole bus body (area below the window frame; includes front, back, and side panels; bumpers excluded). You can place your advertisement on 10 minibuses at the same time and maximize the exposure of the ad during your campaign. Minibuses are smaller in size and can travel to areas where buses are not able to reach, giving minibuses a wider spread across Hong Kong so your advertisement could reach more locations.


Your OOH posters at the best rates on Green Minibus